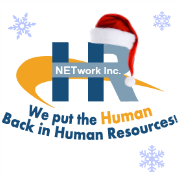 ving is among the year-end workplace issues that employers face.  Below are the tax rules employers should know if they are planning on thanking their employees with gifts, prizes, or a party this holiday season. The general tax rule under Internal Revenue Code Section 61 is that all forms of compensation are subject to income tax unless specifically excluded by the tax code. This rule, however, is occasionally forgotten when it comes to giving gifts or door prizes at company holiday parties. Sometimes employers do not view a gift or prize as compensation for past or future services. Other times the employer incorrectly assumes that the gift is excludable from gross income under tax code Section 102(a), which excludes from gross income the value of property acquired by gift, bequest, devise, or inheritance. Section 102(c), however, provides that the gift exclusion does not apply to “any amount transferred by or for an employer to, or for the benefit of, an employee.” Thus, when an employer gives an employee a gift, it is taxable under Section 102(c) unless another exception applies. The primary exception to the rule that holiday gifts, prizes, and parties should be included in income can be found in code Section 132(a)(4), which excludes certain de minimis fringe benefits from taxable income. Holiday Gifts, Prizes, and Parties Section 132(a)(4) provides that gross income does not include any fringe benefit that qualifies as a de minimis fringe benefit. Section 132(e)(1) defines a de minimis fringe benefit as any property or service the value of which is so small as to make accounting for it unreasonably or administratively impracticable. The determination of whether an item is de minimis must also take into account the frequency with which similar fringe benefits are provided by the employer to employees. Section 1.132-6(e)(1) of the U.S. Department of the Treasury’s regulations provides examples of de minimis fringe benefits that are excludable from an employee’s gross income, and Section 1.132-6(e)(2) provides examples of fringe benefits that are not excludable as de minimis fringes. “Traditional birthday and holiday gifts of property (not cash) with a low fair market value” and “occasional cocktail parties, group meals or picnics for employees and their guests” are among the examples of de minimis fringe benefits in the regulations. Examples of De Minimis Fringe Benefits Examples of de minimis fringe benefits include the following: